This was one of my favorite projects which I called last.fm tags. It was even quite known, and I found even a question on reddit about it! It was mainly a data-collection/data-mining project to retrieve the amount of genres (tags) a user was listening to. Unfortunately, last.fm changed their website in august 2015 which made the project completely useless.
The cool thing before 2015 was that a user could add widgets to it's profile, but unfortunately after their change, it was removed. Even since the website changed, it wasn't possible to retrieve any data anymore as I used the web frontent to scrape the data. (There where 10x more records to be scraped from the HTML page than the API they provided) So their change made this project die, and I've seen a lot of users unhappy with the change they've done. I was also really disapointed as the project was really going well, and I loved to work from time to time on it. What I loved most was looking at the statistics, improving the speed and getting better performance into the website and the backend.

There where quite some challenges whcih I faced in this project as the database grew really big, really fast. The userbase kept expanding exponentially, so I needed to make the database and codebase logic more performant. Updating a profile took longer too due to the increasing database size, which started to delayed other updates etc. But it was all a challenge for me, and I succeeded in making it all better. As a result it expanded the userlimit over 10 times and made the CPU load to an average of only 8%!

I've put this project on my gitea at: gitea.sephtex.net/Marbug/last.fm-genre-stats. At the moment it isn't public yet, as I want to do a few modifications. Once that is done, I'll make it public. If you really want to see the sourcecode, you can poke me, and I'll try to add some priority to those chnages ;-).

Known references:
reddit mention about a similar tool as a replacement 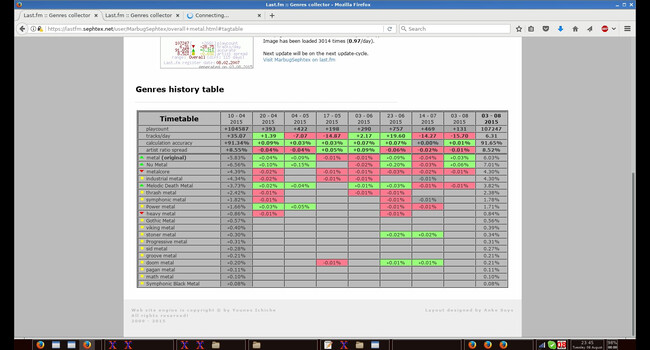 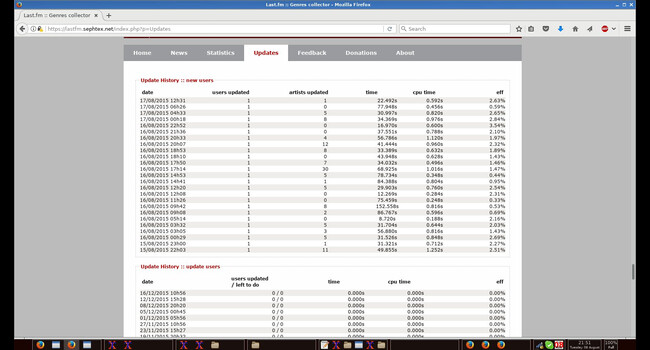 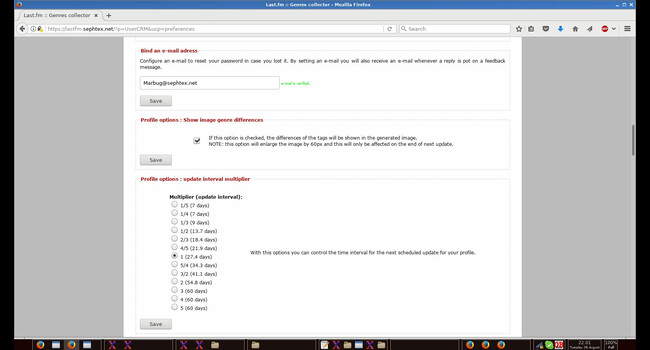 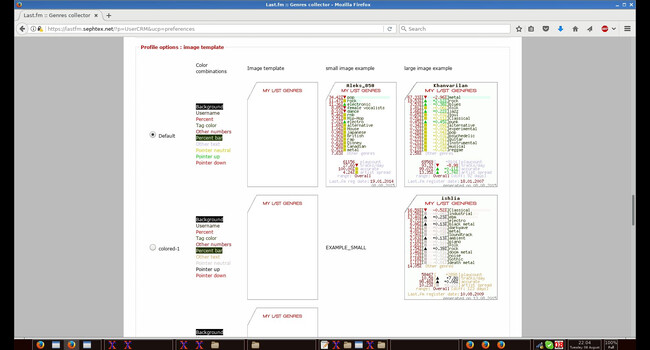 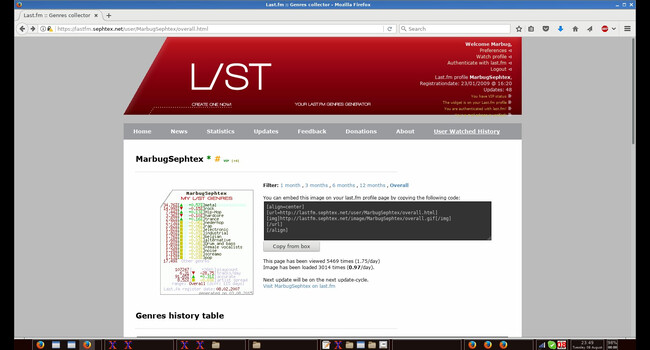 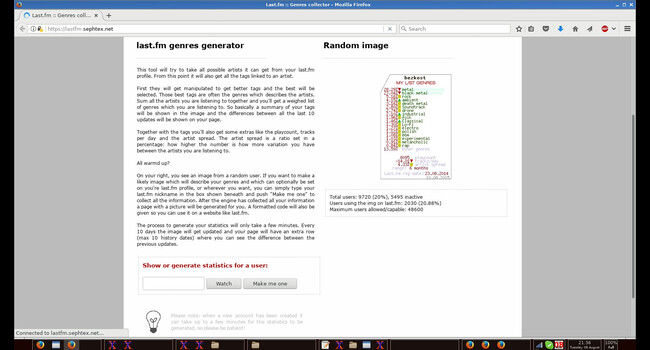 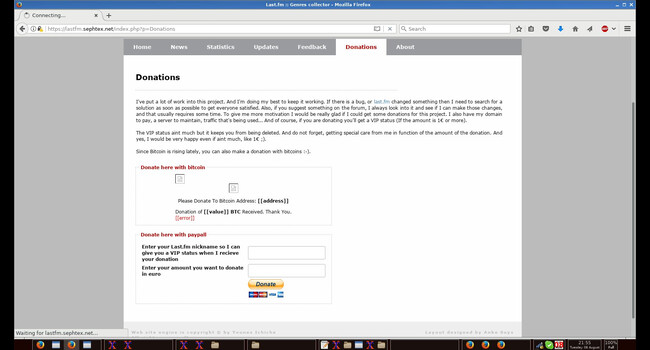 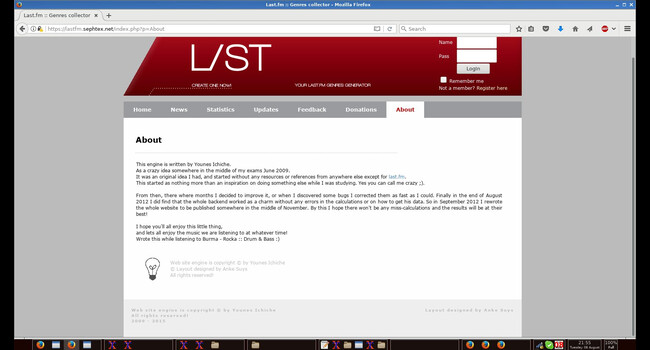 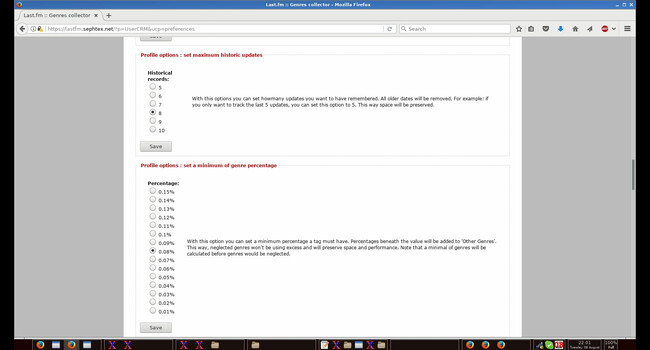 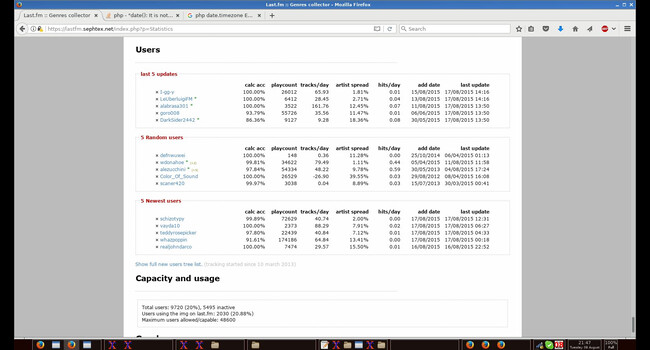 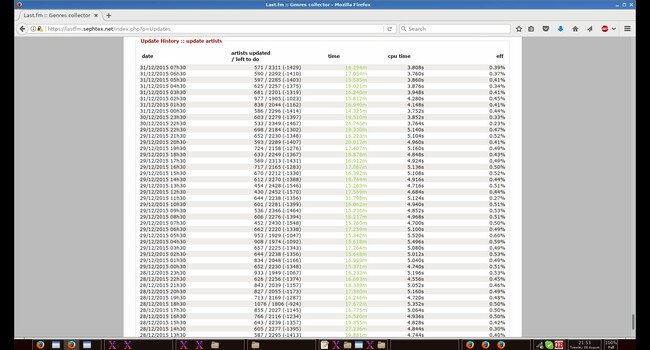 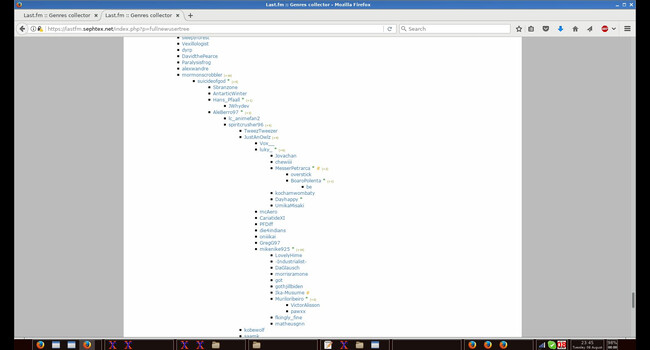 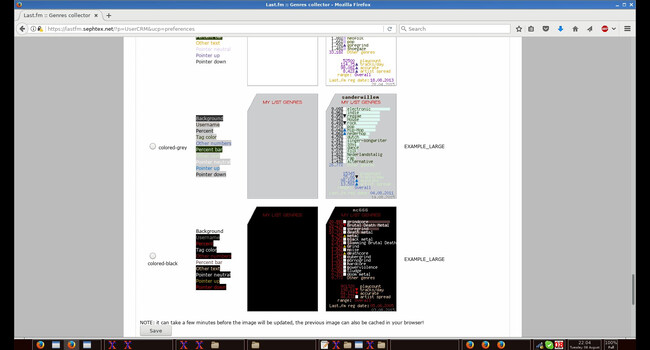